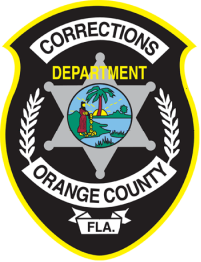 The Orange County Corrections Department is committed to the protection, safety, and well-being of all inmates who are in the custody of the organization, and OCCD staff and visitors.

In 2003, Congress passed the Prison Rape Elimination Act to ensure that correctional facilities across the nation do all within their power to protect inmates from sexual abuse, harassment and/or misconduct, as well as from retaliation against an inmate who reports such offenses.

In response, the OCCD established a zero tolerance policy. This policy reinforces an expectation that personnel at the Department will do all within their power to protect an inmate from sexual abuse, harassment, misconduct and retaliation. In addition, the OCCD is fully committed to the investigation of any alleged wrongdoing to have taken place within the facility.

The Orange County Corrections Department has created several channels through which reports of sexual misconduct can be made. These channels are easily accessible to inmates and personnel, as well as the general public. In the event a sexual misconduct allegation rises, the OCCD Internal Affairs Unit will thoroughly investigate for administrative sanctions. Sexual abuse allegations will be investigated externally by the Orange County Sheriff Office for criminal sanctions.

To report allegations related to the sexual abuse, harassment or misconduct on behalf of an inmate at the OCCD, please complete the PREA Reporting Form.

All e-mail sent to this address becomes part of Orange County public record. Comments received by our e-mail subsystem can be read by anyone who requests that privilege. In compliance with "Government in the Sunshine" laws, Orange County Government must make available, at request, any and all information not deemed a threat to the security of law enforcement agencies and personnel.